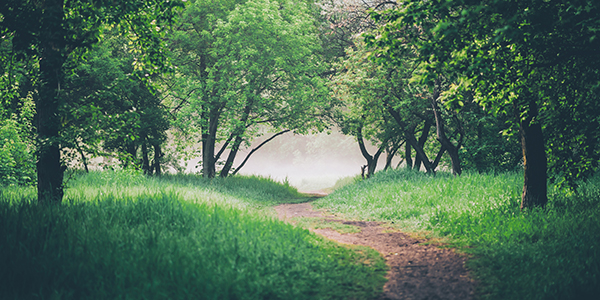 Chaos and order. Nature and civilization. Survival and service.

In the ancient Vedic sciences (and related sciences such as Buddhism and Jainism) two concepts stand out clearly as defining our life experiences: karma and dharma.

The corresponding pairs of states above echo the distinctions between the ‘karma and dharma’ model.

The relationships between them are interesting, intricate, intertwined and an exploration of our state of consciousness as existing ‘beings’. It can be said that the latter (karma) must exist for the former (dharma) to manifest. Order, civilization and service are our responses to their paired states of chaos, nature and survival.

If we think of karma as primordial functionality of nature we can come to see that all is flux. All is ever changing but nothing new ever arises and nothing begun ever ends, it is all just transformation. We are continuously recycled.

Karma reduces this to a basic formula: plant a seed and it will manifest a tree. What seed you plant is the tree you get. Thus if you plant an apple seed, sorry but you are not going to get a mango tree. Dharma is where you get to choose what seed you plant, how well you watch over it and water it and get skilled in manifesting desirable fruits. That have seeds, of course: karma is inescapable as long as you are planting. Not planting is a different article.

Let us examine karma and dharma first through the lens of chaos and order. If we consider chaos as a lack of order we may come to the humbling realization that chaos is a perception and that order underlies our lack of understanding. This lack of understanding need not necessarily be myopic. It may be that we do not have access to the knowledge that would allow us to see this fact. So it is better to keep an open mind to chaos than to judge it. However, within what seems chaotic, we as creatures endowed with both emotion and reason, can assert symptomatic order and in so doing affect, positively, our own and our society’s life span and its quality. This is an example of dharma.

Let us leave this thought open and move to the next matching categories: nature and civilization. Nature in Vedic thought is elemental. Both on a gross level and a subtle one. Not unlike a Lego set (although they lack the subtle state but humor me here) nature is nothing but building blocks. The gross ones are space, air, fire, water and earth. Intelligently made to fit against and with each other so that together they end up creating various forms within which life can nestle (thus the subtle building blocks that Lego does not have). These subtle elements are sensory apparatus that allow us to experience sound, touch, sight, taste and smell. And voila we have rudimentary life forms. As these life forms evolve they develop higher or should we say more subtle sensory apparatus culminating within humans as active reasoning and higher logic capacities.

Having, as a species, achieved this logic we may come to the conclusion that it is better to live in harmony than in discord and to impose the rule of civility over the wild laws of nature so that we may create a safer haven for us to coexist in.  Let us call this civilization, although we will have to do so acknowledging that what we call civilization today may have drifted us quite far from this ideal. Perhaps towards a more chaotic civilization than compassionate logic alone would have us build. And let us leave this thought too hanging for now, although we may have glimmered that non-compassionate emotions have something to do with a flawed civilization.

Now let us come to the third pair. Survival and service. The law of nature in Vedic thought is known as matsya nyāya or survival of the fittest, which is expressed as bigger fish eat smaller fish, and in the west we understand it as the law of the jungle: kill or be killed.

Perhaps this intelligence of the universe is what is needed to do the recycling that keeps nature in endless motion, but from the viewpoint of that which is to be recycled, it is indeed a painful experience to be born, only to grow old,  be exposed to dangers and hunger,  get sick and eventually die. So while we are caught in this dilemma, we can at least try and mitigate as much of this suffering as possible. Thus we may create a different law. Such as the law of service. Séva Nyāya.

In doing so, we become like the lamp that lights another lamp. It does so without any loss to itself. And so helps make the room brighter. We move past our preoccupation with survival. That which originates deep within all our ancestors, be they amphibian, reptilian or more recently, mammalian. We carry all our pasts within us and much of it is a testimonial to the will to survive. Survival itself is expressed as desire for food, pleasure and power. This is not unique to us humans. We, however, have within our brains the ability to transcend them. This activity of our frontal neo-cortex is the ability to reason, to use logic and to move carefully past the minefields of desires exploding as negative emotions.

This also results in us creating a civilization where we unite and becomes each other’s support.  A collective safety net if you wish. Service itself can be seen as seeking, and serving, a higher truth. The collective truth, where like a forest, we better withstand a gale than if we stand in its path as solitary trees. Higher than this, we enter the realm of morality. Morality itself is impossible without shedding negative emotions and even to some extent, the desires they conceal. Revealing the importance of volition over action.

So we end up again with the omnipresent emotional states. And the capability of our higher cognitive functionality to understand and take control of these states. On a personal level, this too is dharma, the ability to positively direct our own karma to a more pleasant rebirth by willing ourselves to become more selfless through service. Because we are ourselves constantly in a state of flux, this rebirth is actually happening moment to moment, as we constantly change cells, within even our skin.

So then karma is both instantaneous and extremely long term, where we literally leave our current body and then get enmeshed in another one, carving it out from the same five gross elements, but perhaps carrying the conditioning subtle elements and the character they have created into our next manifested life. An even deeper truth is that we lose none of our memory! We carry all of it with us, from life to life, and aeon to aeon! What we lose is our ability to access most of it, but that too is fodder for another article.

Thus karma is the inevitable result of each action we take and dharma is the action we choose that creates happier and more fortuitous futures for us.

These ancient teachings also explain the content of dharma as being two fold, built of both intelligence and compassion. And this, of course, is the quintessential approach to the turbulent sea of our emotions and the flawed landscape of our reasoning. As riders on a boat, when the sea is rough, all our energy is taken up with survival. We do this by attempting to control the boat as best we can. If we are unskilled riders on the storm, when the calm comes, we may waste time in celebrating, forgetting that the next storm is just around the corner, and so we just end up miserably moving from storm to short lived celebration to storm.  However, if we are skilled riders of the storm, immediately after, we take what we have learned to create a better, sturdier boat.

Dharma thus begins on a personal level, which yoga tells us is of a moral nature to start with and then extends into the society we create and our relationship with each other. Yoga’s eightfold path actually begins with this emphasis of a moral obligation to ourselves and to others, through the do’s and dont’s of the yama-niyama model.

Once we realize that the backbone of a successful and thriving society is a moral one, we see how civilizations flourish, having learned how to ride the storms of nature without destroying it, and that a civilization in decline is one that loses first and foremost, its morality. This then leads to a decline in its logic, and finally its higher, more positive emotional states such as kindness, generosity, compassion, admiration and equanimity.

The antidote, of course, is the effort we make to create a dharma nyāya, a law of dharma, to balance our journey through our karmic imprint so we come out with a higher nature than that of the fish eating fish, army against army model that mankind seems to keep slipping into in the madness of morally bankrupt egos. Where we bring the law of the jungle into the land of civilization and destroy our very own lives.

Each attempt at civilization will face this challenge and the longer lasting civilizations are the ones that brave the storms of nature’s law of karma through imposing the higher law of dharma using the joint processes of knowledge (prajna) and compassion (karuna).